In 2016, in partnership with Sasakawa USA, the National Bureau of Asian Research launched the Maritime Awareness Project (MAP). The vision for the project was to create an innovative platform for analyses and data on maritime security. The MAP portal combines interactive mapping technology with rigorous analyses from the world’s leading maritime experts to serve as the authoritative resource on maritime issues.

There are differing scales and scopes of maritime disputes throughout the world. In the Asia-Pacific, competing territorial claims in the East and South China Seas have become intractable features of the security landscape. Confrontations between claimants, both at sea and in the diplomatic arena, have escalated in recent years as historical narratives collide with modern geopolitics. Given this pressing reality, MAP begins its exploration of maritime security issues in the Asia-Pacific region, to be followed later by an expansion into other bodies of water throughout the world. With the generous support of the Korea Foundation, NBR has recently broadened the geographic scope of MAP to include maritime security and resource competition issues in Northeast Asia, particularly the Yellow Sea and the Sea of Japan.

The purpose of the project is to set maritime developments in broader strategic perspective, facilitating a better understanding of economic and security interests at sea. In doing so, MAP equips the media, policymakers, scholars, and the wider public with a comprehensive tool to discover the full complexities of the maritime domain. 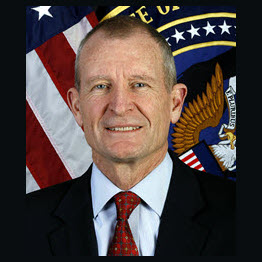 Admiral Dennis C. Blair is the Knott Professor of the Practice at the University of North Carolina. He previously served M. Taylor Fravel is the Arthur and Ruth Sloan Professor of Political Science and member of the Security Studies Program 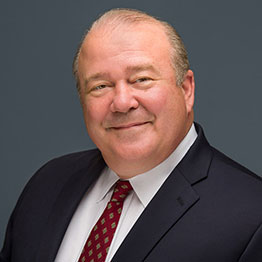 Roy D. Kamphausen is President of the National Bureau of Asian Research (NBR). Mr. Kamphausen joined NBR in 2004 and Karolos J. Karnikis is Senior Vice President, Information Management and Technology, and he is responsible for NBR’s information security and Olivia Truesdale is an intern with the Political and Security Affairs group at NBR. She supports project activities such as

Dr. Banlaoi is the Director of the Center for Intelligence and National Security Studies, a constituent unit of the Philippine Institute for Peace, Violence and

Dr. Chong is an Assistant Professor with the Department of Political Science of the National University of Singapore, where he studies and teaches the international

Mikkal E. Herberg is a Senior Advisor to the National Bureau of Asian Research and Research Director of NBR’s Energy Security Program. He is also

Dr. Hong is Executive Director of the Institute for China-America Studies and a Research Fellow at both the National Institute for South China Sea Studies,

Dr. Mallory specializes in Chinese foreign and environmental policy. She is currently conducting research on China and global ocean governance and has published work on

Dr. Manicom is the author of Bridging Troubled Waters: China, Japan and Maritime Order in the East China Sea (2014). He has held fellowships at

Dr. Muhibat is the Chief Editor of the academic journal the Indonesian Quarterly and has been a member of the research staff at the Centre

Dr. Nankivell is the Associate Dean for Academics at the Daniel K. Inouye Asia-Pacific Center for Security Studies, Honolulu, where he was previously an associate

Ms. Nankivell is an Associate Professor at the Daniel K. Inouye Asia-Pacific Center for Security Studies, Honolulu. Her teaching and research focus on Asian maritime

Dr. Nguyen is Professor of International Law at the Diplomatic Academy of Vietnam and the Vietnam National University. He has over 40 years of experience

Ms. Permal is a Senior Researcher with the Centre for the Straits of Malacca at the Maritime Institute of Malaysia. Her research areas are maritime

Dr. Sahashi is an Associate Professor of International Politics at Kanagawa University, Yokohama, and a Research Fellow at the Japan Center for International Exchange. He

Dr. Storey is a Senior Fellow at the ISEAS-Yusof Ishak Institute, Singapore. At ISEAS he specializes in Asian security issues, with a focus on Southeast